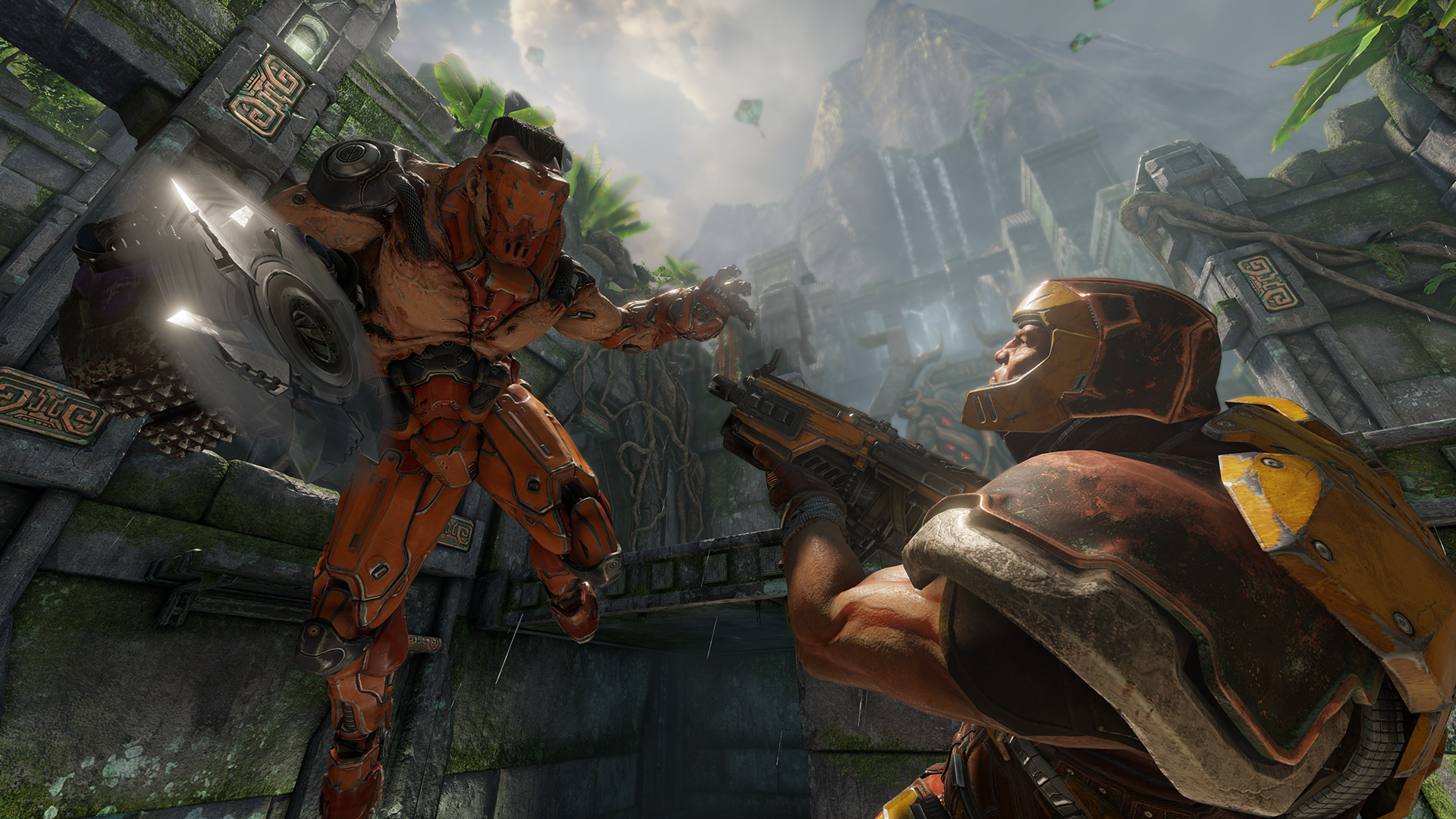 3D
3D is a type of three-dimensional computer graphics that used three values to adjust the position of the object which is stored in the computer to be processed into an image. The 3D graphics used as the technology in Quake Game Series is really interesting. It makes the player be able to experience the real situation as if the player jumps into the combat.